Trading in financial markets has become more widespread than ever thanks to the availability of the Internet and online trading platforms. The technological advances have increased the number of market participants and the available pool of investment money as a result. Nevertheless, enhancing one’s bottom line continues to be the primary goal in this age old game of trading, Analyzing the market fundamentals, whether the underlying asset is a stock, bond, commodity or forex currency pair remains a cornerstone of how trading decisions are made for many professional and retail operators.

For those who are not purely technical, performing sound fundamental market analysis before initiating a trade can make a significant difference in the overall success of a trading position. And this is especially true for longer term position traders.

For example, knowing how a currency pair may react to a major central bank decision before it is released, and what the market is expecting to happen by going through a basic forex fundamental analysis process can be very helpful to a currency trader when establishing or liquidating a position.

What is Fundamental Analysis?

Fundamental analysis is one of two main methodologies for evaluating and forecasting movements in currency exchange rates, as well as for the prices of securities, commodities or any other publicly traded asset or financial derivative.

The other primary method used by traders is known as technical analysis, which focuses on market observables like the exchange rate or the price of an asset, the volume traded and open interest.

The basic skill involved in fundamental analysis in forex trading requires an analyst to determine how a currency will react to macro-economic events, central bank monetary policy shifts, and political and social news from the currency’s nation of origin when compared to the other currency in a currency pair.  In the case of a common regional currency, such as the Euro, the analysis of each member state in addition to the entire regional economy as a whole is required to make an accurate fundamental evaluation of the currency.

Basically, currency pairs tend to react sharply to the release of economic data and current geopolitical and local news events, especially when the results differ significantly from what was originally expected by a consensus of market participants. This makes performing a fundamental market analysis of economic releases and events and their effect on currencies valuable when determining the direction of the market and the level of future exchange rates.

While the focus of fundamental analysis generally remains on news, sentiment and the release of economic indicators, technical analysis relies on the price and price movements of the underlying asset or the exchange rate of a forex currency pair.

In addition to looking for patterns on charts of the exchange rate itself, technical analysts also compute and use a number of other related technical indicators to determine directional trends and momentum in exchange rates. These include oscillators, moving averages, volume indicators and open interest in the case of futures to name just a few.

Technical analysis differs considerably from fundamental analysis and may point to a different directional view for a currency pair, but the fact remains that technical analysis provides one of the best objective tools available to the forex trader for quickly assessing a market and trading profitably in the short term.

Nevertheless, technical methods have their drawbacks, including the fact that pretty much every other trader in the world is looking at the same exchange rate data. This can produce a herd like effect when a classic chart pattern starts to develop that can exacerbate stop loss driven movements when the pattern fails.

Nevertheless, some fundamental traders use short term news trading strategies that generally operate right after the release of a major economic number, central bank rate decision or news of a major geopolitical event, such as a war or natural disaster.

Regardless of which analysis methodology best fits a trader’s trading plan, research remains a key element in successful fundamental or technical forex trading, and most traders find a working knowledge of both analytical methods beneficial.

While research and analysis is just one key element of forex trading, money management aimed at preservation of capital can be just as important to a trader’s long term success.

Trading news broadcasts from the financial news media keeps the market informed of any major economic or geopolitical developments that could directly or indirectly affect the market.

Historical fundamental data can be useful to determine trends in fundamental indicators, as well as to analyze how a currency might react to a specific economic release after examining its behavior in the wake of a previous release or central bank rate decision, for example. 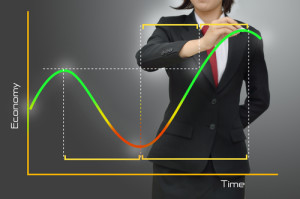 Some of major fundamental analysis indicators used by currency traders to determine the overall strength of a country’s economy and potential exchange rate forecast include the Gross Domestic Product or GDP, employment data, trade balance, retail sales, and inflation numbers like the Consumer Price Index or CPI. Some of them may also give traders an idea of what a future release could look like, such as preliminary GDP or survey numbers.

Let’s take a look at some of the key fundamental economic indicators used by forex traders:

Each major economy has a central bank that typically manages its currency, benchmark interest rates and money supply. Central bank activities and speeches by central bank officials are closely watched by fundamental traders for clues about future monetary policy shifts. Trading on the News

Some fundamental traders use economic news and data releases to initiate and liquidate short term trades based on the results of the release. While it may sound simple to trade fundamental news, often the market will not react as expected, or in many cases it will move in a completely opposite direction to what traders would intuitively expect.

Furthermore, volatility strategies involving the purchase and sale of options can be useful for opening a market neutral position that will appreciate with a significant move in either direction. Another way to take advantage of extreme news related volatility when trading with fundamentals is to establish both a long and short position in the same currency pair and then trade out of each side — preferably for a profit — once the news or the economic report is released.

Most professional traders try to avoid having a large position immediately prior to a significant economic release, simply because the volatility immediately after a major release could trigger stop positions on either side of the market. Despite the volatility, having a position coming into a number can allow a trader to take advantage of the volatility. The trader can unload their position at a profit and possibly reverse the position to take advantage of a “rubber band” effect that generally occurs after significant releases.

Trading fundamental analysis gives a forex trader a deeper understanding of how the market reacts to a variety of events.  Nevertheless, having knowledge of technical analysis along with fundamentals can give the trader a significant edge over a trader that only uses one methodology.

Fundamental trading involving taking shorter term forex positions can also make sense with a trading plan that allows for wide swings in the market. Some traders might buy option combinations like straddles or strangles with both calls and puts to capitalize on the brief volatility often seen immediately after the release of a number.

Long term forex position traders evaluate a country’s economic releases over a more extended period of time. This helps give the forex trader a more accurate evaluation of the nation’s economic health, socio-political environment and monetary policy in order to establish a long term position in the market.

So regardless, of whether you are a short term or long term trader, applying sound fundamental analysis can help guide you in your overall trade decision process.