Have you ever heard of Fibonacci ratios in Forex trading? If not, then you have come to the right place. And even if you have, you may just learn a thing or two. Today I am going to explain to you the importance of the Fibonacci sequence in Forex trading and its importance as potential support and resistance levels.

You have probably heard about the famous Fibonacci numbers. But what is the significance of these numbers actually in trading? Well we are going to dive into that, but first lets go thru a little bit of history.

Centuries ago, a mathematician named Leonardo Fibonacci, introduced an interesting relation between numbers. He introduced a number sequence, which starts with zero and one (0, 1). Then to each number he adds the previous one which results in the following sequence:

Notice again that each number of this number succession is formed by the sum of the previous two.

So, what is so interesting about this Fibonacci number series…You ask?

Let’s take number 987 from the Fibonacci set and see how it relates to the next number in the sequence – 1597.

We take the same 987 number and we will now see how this relates to the number which is two positions to the right of it in the set – 2584.

In case you think this is a coincidence, I will do another demonstration for you:

This time we pick a bigger number – 4181. Now we will see what percentage this number corresponds to with the one which lies next to it – 6765.

Another ratio could be extracted from the Fibonacci sequence. Every number in the set is equal to 23.6% of the number which is three positions to the right of it.

This is how the Fibonacci number set works.

How Do the Fibonacci Numbers Apply in Nature?

In order to understand the Forex analysis relationship of the Fibonacci ratios, we first need to look a little deeper into these values from a different angle.

Fibonacci soon realized that his ratios were prevalent everywhere in the natural world and that the ratios 38.2% and 61.8% held special significance.

The 61.8% and the 38.2% ratios are all around us in the universe. You find these values all over the natural world – in plants, in animals, in space, in music, in people’s fingerprints, and even in human faces! Have a look at the image below: This shape is the basic Fibonacci Spiral. Notice that the volume of each segments of this shape is equal to the Fibonacci sequence itself: 1, 1, 2, 3, 5, 8, and the spiral curls and curls to infinity. So, when you take a closer look at the Fibonacci spiral, does it look familiar to you? Let me introduce few more images to you 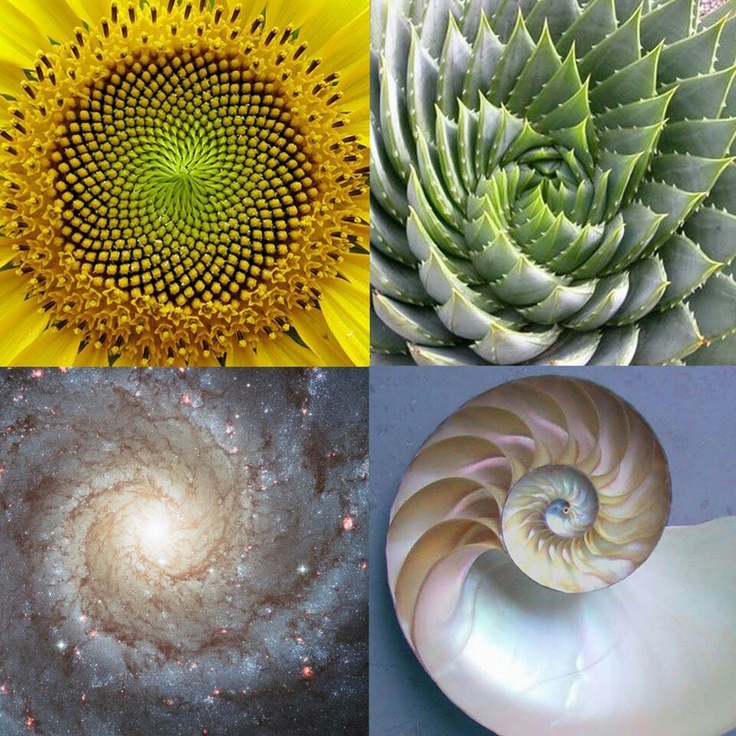 All four of these images portray the Fibonacci Spiral found in nature. Since the human eye constantly sees Fibonacci shapes it has become accustomed to them over the centuries, perceiving them as harmonious.

This understanding also applies to human psychology and facial features. If someone’s face matches the Fibonacci parameters, it is generally perceived as beautiful and good looking to others. Have a look at the image below: 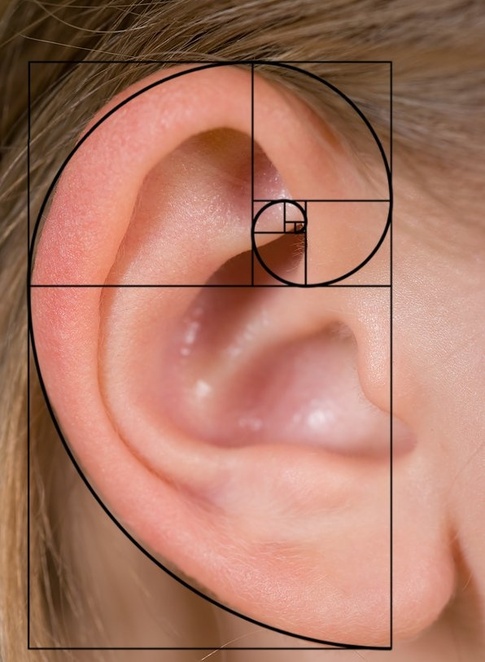 Now look at this image: I bet you recognize this company logo. Yes, this is the well known Apple logo. This company logo is fully conformed to the Fibonacci ratio in order to be attractive and receptive to the human eye.  Fascinating, isn’t it?

How to Implement Fibonacci Analysis in Forex Trading?

So we have now seen how the Fibonacci numbers relate to the natural world and human perception. But how can we apply Fibonacci in Forex trading and how can we improve our analysis with Fibonacci ratios?

Imagine the price of a Forex pair is trending upwards as a result of the bulls dominating over the bears. Then suddenly, the bears overtake the bulls and the price direction reverses. The price starts dropping against the previous trend, but for how long? This is where the Fibonacci ratios can be applied and prove useful in our trading decisions.

When the primary trend is finished and a contrary movement occurs, it is likely that the contrary move to equal 38.2% or 61.8% of the previous trend. The reason for this is that investors tend to change their attitude after the price retracements of 38.2% or 61.8% of the general trend. As we have already said, human nature has gotten used to the Fibonacci ratios within the natural environment and so it is just a natural tendency for traders, whom are part of the natural environment, to react at these levels. Traders are likely to switch sides when the price interacts with a crucial Fibonacci level.

Now that we have a basic understanding of the Fibonacci sequence and its effects in the financial markets, we turn our focus to the various trading tools that help us find these hidden levels on a chart

This is the most famous Fibonacci tool and is available on nearly every Forex trading platform. It consists of a line, which is used to locate the Basic trend. With manually adjusting the line on the trend line, the Fibonacci levels are being automatically drawn on the price chart. When you settle on your Fibonacci Retracement instrument on the chart you will get horizontal lines, which indicate the levels 0.00, 23.6, 38.2, 50.0, 61.8, and 100. Once we get our Fibonacci Retracement levels, we can start our Fibonacci analysis. Let’s take a look further to see how this would work:

This is the 60 min chart of the most traded Forex pair – EUR/USD. The time frame is from– Jan 6 – 21, 2016. As you can see from the image above, we have marked the basic trend, by marking the bottom to the top of the trend. This is what we would use to calculate the Fibonacci retracement ratios. The horizontal lines mark the Fibonacci percentages based on the Fibonacci sequence.

Let’s see how the price reacts to the Fibonacci levels on this chart:

Fibonacci analysis can be used as part of a trading strategy or as a stand alone trading method. A simple set of rules would be to go long whenever the price bounces from 61.8% or 38.2%. Place a stop loss right below the bottom of the bounce. If the price moves in your favor, adjust the stop upwards. If the price breaks a new Fibonacci Level, move the stop to the middle of that Fibonacci Level and the Lower one. Hold the trade until the price reaches 0.00% or until the stop loss is hit. Let’s now play this strategy over the chart above:

The total outcome from this simple Fibonacci Retracement strategy implemented on the chart above could have made profit equal to 309 pips. But keep in mind that this is an overly simplistic trading example just to show you the power of the Fib levels in trading, however, the true power of Fibonacci trading is realized when you combine other Key Support and Resistance levels with Fibonacci retracement levels. And so when you get a confluence of Support and Resistance around these levels, then there is a high likelihood of prices holding there.

This is another useful Fibonacci tool. It is based on the Fibonacci ratios, but it takes a different form on the chart. You draw your Fibonacci Fan the same way you do it with the Fibonacci Retracement, just identify the trend and stretch the indicator on it. The other components of the Fibonacci Fan will appear automatically. These are three diagonal lines, which vertically are distanced with 38.2%, 50.0% and 61.8% from the top of the trend. After we place our Fibonacci Fan on the chart, we observe the way the price reacts to the diagonal Fibonacci levels. The image below will make it clearer for you.

This is the Daily chart of the EUR/USD for the period May 30 – Nov 3, 2010. We have identified the basic trend, where we place our Fibonacci Fan instrument. The small black arrows show the areas where the price bounces from the Fibonacci Fan levels. The red circles show where the levels get broken.

Notice the way the price interacts with the trend lines of the fib fan:

Let’s say we want to create a simple Fibonacci System to trade using the Fib Fans. What we could do is every time the price bounces from 38.2% or 61.8% a long position could be opened. Stop losses should be placed right under the bottom of the tests. The trade could be held until the price breaks one of the fan levels in bearish direction.

In our case, we have no bounces from 38.2%. However, there are three bounces from 61.8%. Let’s simulate the eventual trading:

Keep in mind this is a simplified example to demonstrate the use of Fib Fans in trading. But the real power of Fib Fans and Fib Retracements as well, come from confluence with other technical analysis tools.